Welcome to Season 3 of the Atomic Sim Racing Assetto Corsa Competizione series. This season we're racing the GT4 cars around (primarily) British tracks, but to mix things up there's a few rule changes that we've added in to the mix.

Read on to learn more!

Final Survey Link, for actual sign-up and car selection - You must fill out this survey to enter the championship.

And finally, if you note any errors/discrepencies in the thread here, shout out.


Race night time:
TBA, Sunday night (fill out the second survey!). When filling out the survey in regards to the race time, please do state all times that you're able to race - We have some people who chose only one single time on sunday night, and not before or after - if your schedule is that tight, all good, but if not and you have some flexibility before and after what you stated, it would really help us to get as many people on track as possible.

Endurance Race:
1 x Endurance race (Silverstone), 2 hours long. Qualifying format will be single hot-lap, with only one car on a hotlap at a time. Shootout style. 200% points allocated for this race.

Pit Stops:
Mandatory pit-stop for feature race. No tyre change. Pit stop can not be taken in the first or last 5 minutes of the race start/finish. (ie, first stop can only be completed after 5 minutes into the race, and not after 40 minutes into the race. Entering the pit speed limit zone at 4:59 may result in post-race penality, however entering the pit speed limit zone at 39:59 and the pit duration going into 40m+ is okay). If you pit for damage before/after the window is open/closed, that's perfectly fine, however you must still stop between 5-40 minutes in the feature race, regardless of any previous stops.

Joker Round:
Plot twist! For one single non-enduro weekend throughout the season, you *must* race in the Maserati MC GT4 (Your race team sucks and broke your car for this round). This car has no ABS, and no Traction Control. However... It's not all bad news. For this event you will receive a 50% bonus point allocation for this weekend, which could make the difference in your championship race. Use this Joker Round wisely!


Teams:
Teams will be as per last season - teams of two, open choice for team-mates. Feel free to discuss teaming-up within this thread.

Point Allocation:
As per last season, the VLN style point allocation will continue, where points are variable between races depending on the number of participants. All races will receive 100% point allocations except for the endurance race of 200%.

Additional plot twist: Bonus points (1 point per driver per session) will be allocated to all drivers who participate in a practice session at a specified time on the off-weekend. This practice session is intended for the purpose of learning how to race closely with other drivers, coaching on performance, setups, etc. You will not be allocated a point if you join this session and just race on your own. It is expected that if you do a 'fast lap' as an example for another driver and you end up ahead, that you slow down and rejoin your group (drivers may team up for coaching, or race among eachother, which is also suggested, so you can learn the different lines, braking points, etc that each other driver and car can take). A minimum of 3 drivers on-track is required for any points to be allocated (ie, you can't just join with your teamy only), and if race-admin isn't around it is expected that you will self-report attendance (and also non-participation). Server logs will be checked to verify, ie, a driver may not be on track but is coaching over voice chat, which is okay, but must be done in the open voice channel #ACC-Practice).

Times for this practice session can be flexible, however from the survey sunday night at 7pm AEST seemed the most popular, so I might spin up a server at that time each week for the express purpose of this session.

A total of 7 bonus points will be on offer per driver, from these practice sessions - one per practice weekend. This could also be critical to your championship - position 2-7 in the championship of season two was separated by only 7 points.

Weather:
Weather allocation will be provided 2 weeks prior to the event, as per season 2. The Practice, Race1, and Race2 servers will all have identical conditions. No suzuka-style weather, I promise.

Practice Server:
Will be running for 2 weeks prior to the race weekend. Unlimited tyre sets, long practice durations.

Race1 Server:
This server will be used for the feature race, with specific event rules configured for this race (Pit stop rules, window, quali session, etc). Be aware, once you join this server you will only have ONE set of tyres to use during both quali and race.

Race2 Server:
This server will be set up with reverse-grid positions pre-set by the server, in reverse championship order. Again, one single set of tyres are to be used for this race. No pitstops required.

DLC Required:
You will require two sets of DLC for this season.

Penalties:
Firstly, incident reporting is no longer to be discussed within text chat by anyone. If any incident is to be reported, if can be done either in the #incident-review channel OR via PM to myself or other race admins. This has been decided to try and remove some of the negativity that can sometimes exist when tensions are high. This was also a requested feature of this season.

The report must ONLY include:

Any divergence from the above in any public chat channels may result in quali disqualification for the next weekend by those involved. Race admin is always willing to discuss incidents in private, however public discord is not the place for it at times. Discussion of non-reported/reportable incidents (amusing anecdotes etc) is of course encouraged! Race admin may review the incidents after the race in voice/video chat with other volunteers.

We'll be reverting to a time-based penalty system this season, to allow for a little extra flexibility in what penalties are handed out and how. Below is a list (not exclusive of any other penalties as decided by race control) of potential penalties that could be applied, in what situations:

Have a read of this website which gives a reasonable outlines of each cars' strength and weaknesses. I found most of it to be fairly accurate, but there's a few areas where i'd diverge from what they suggest. I strongly suggest you try out a variety of vehicles and find one that suits you. Personally, i found the only ones i couldn't set a laptime within 0.5s of eachother was the KTM and Ginetta - But your driving style may suit those better as well, so go nuts! The Porsche is Poo (see below 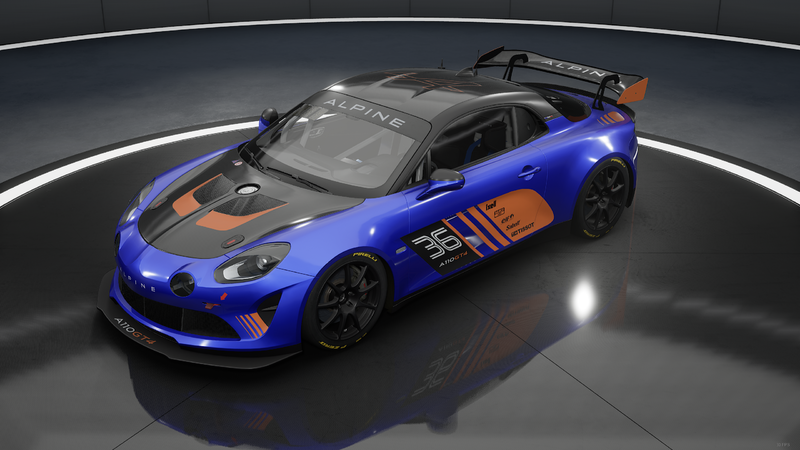 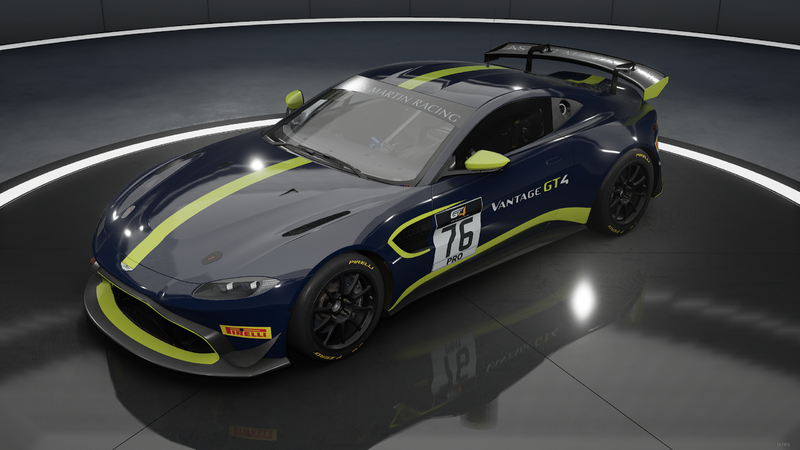 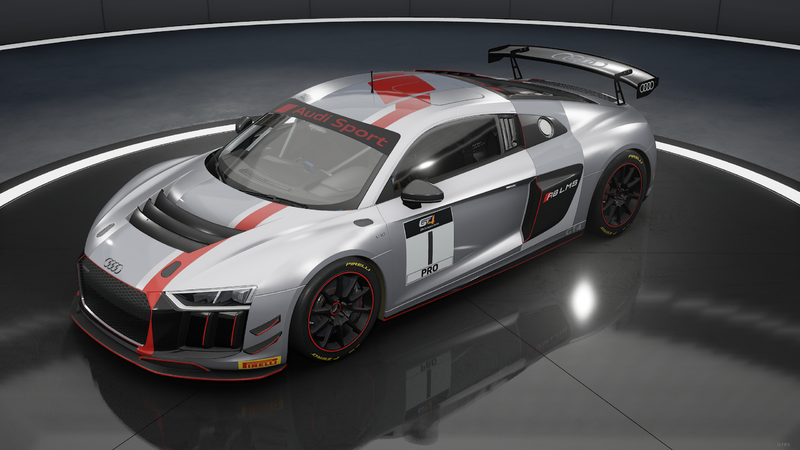 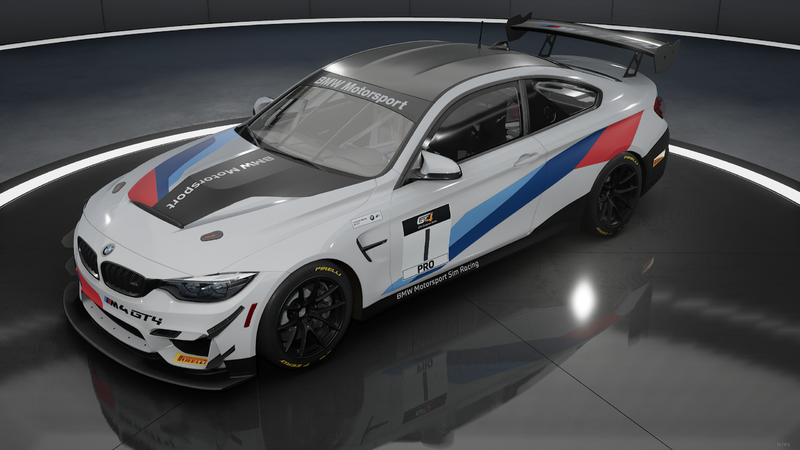 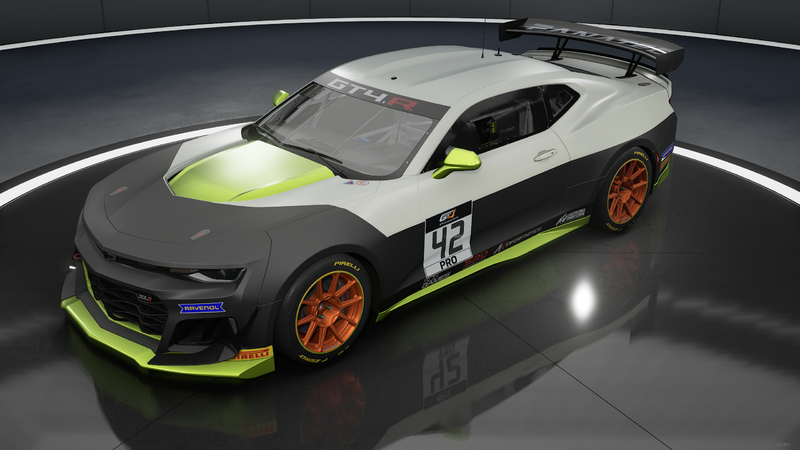 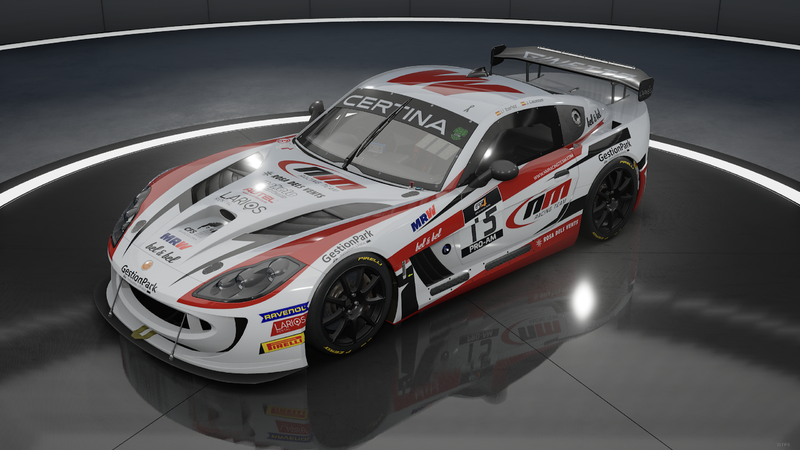 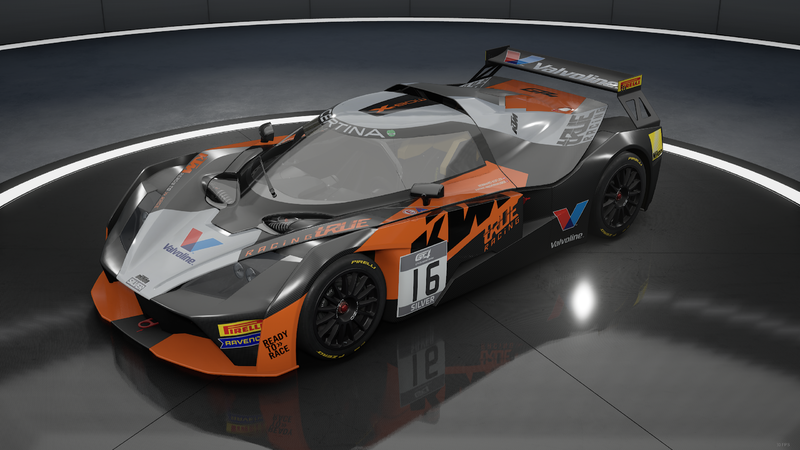 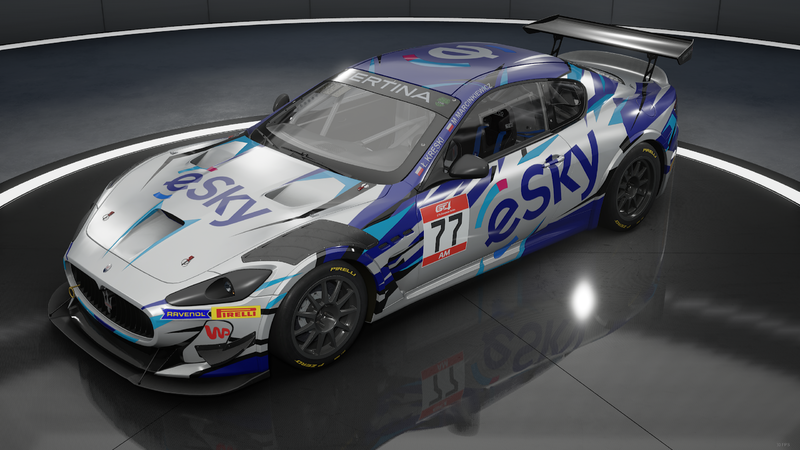 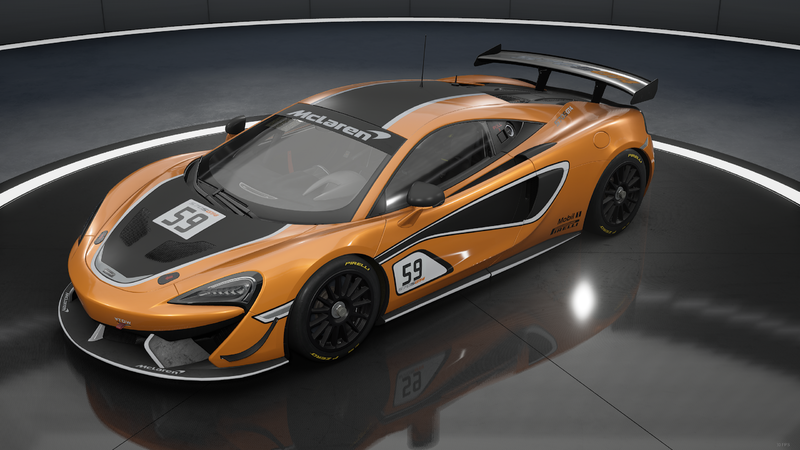 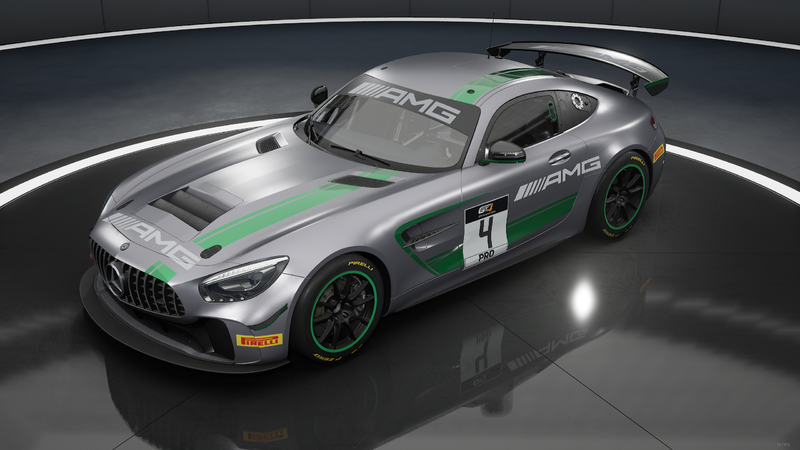 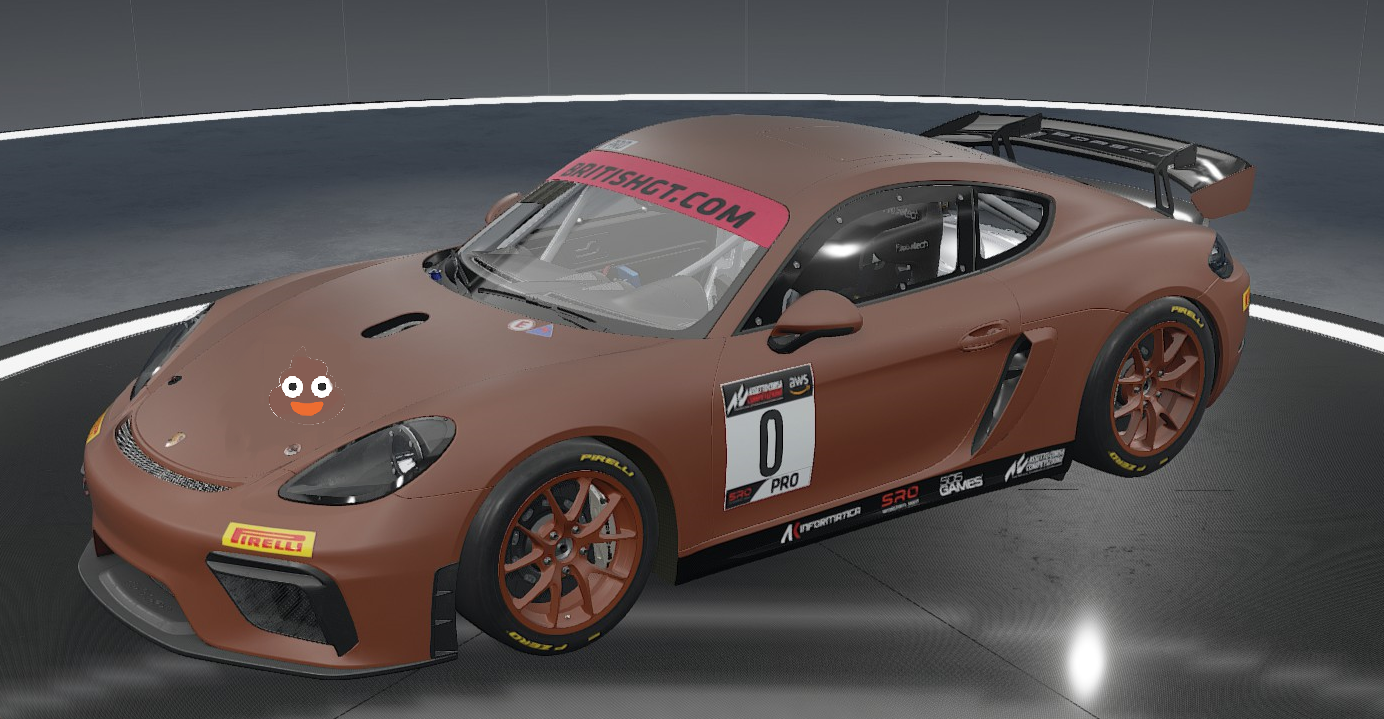